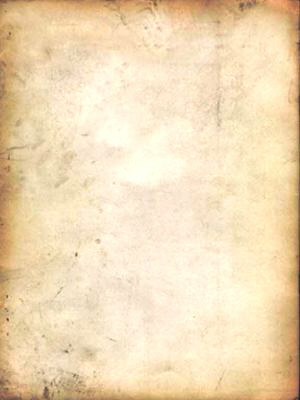 These Boer Goats are raised in the Rocky Mountains in Montana and face every element challenge there is! They need to be tough! Our breeding program goal is this: Build a strong, healthy, fast growing Boer Goat. Our emphasis is on mass meat in the neck, shoulders and hind quarters and a strong frame to pack it. To accomplish this we use three core genetic lines in our Bucks and our does were selected to genetically compliment them. Our goats will be naturally bred and hormone free. These Boer Goats will be competitive in the show industry, however this not our primary focus. SOTR Boers will put a great Boer into the meat market.

“About Us” is a lot like so many others. A goat to eat weeds and a companion to a horse. So arrived our 1 ½ yr old Nubian/Alpine – Hooter in 2000.  Then along came several dogs, a Mule and she was the “Social Girl”. We then moved into our current home and along came some Pygmies (because they were small). Hooter in the midst of it all got “bred”. We decided Pygmies weren’t for us and shortly after Hooter didn’t have a successful kidding. Her udders were majorly full and we learned how to milk and that became yet another chapter in our goat venture. In June 2006 three Toggenburg doelings were the next to make their home here to eventually provide more milk for pigs we raise during the summer and for ourselves and others.
Interest in the Boer goats came from Perry because we love animals and the daily learning that livestock brings. Why Boers? They are like miniature cattle with fun and different personalities. We really enjoy working with these animals. Perry has done a lot of research on the genetics which will be bred as our SOTR Line. He also is enjoying the challenge of building a great meat goat to put into the very demanding meat market. The excitement around this venture has been awesome for us as a family. Our Boer herd started in 2010 and has been growing ever since.
Hooter over the years has earned the name “Social Director” as she was a free roaming goat and visits with everyone. She produced milk for us consistently for 8 years and even at times out produced some of our freshened does. She had to be put in with the herd as she was teasing the Bucks. Sadly we lost Hooter December 2012.  We were blessed to have her and truly enjoyed her personality, as all the animals did as well.  She is MISSED.
We know all of our goats personalities and enjoy spending time with them and love talking with people about them and love to show them off.
Thanks for visiting us and we look forward to hearing from you!

Perry, Stephanie, Courtney, Kailey and all the critters that roam our ranch.

Have a Blessed Day! 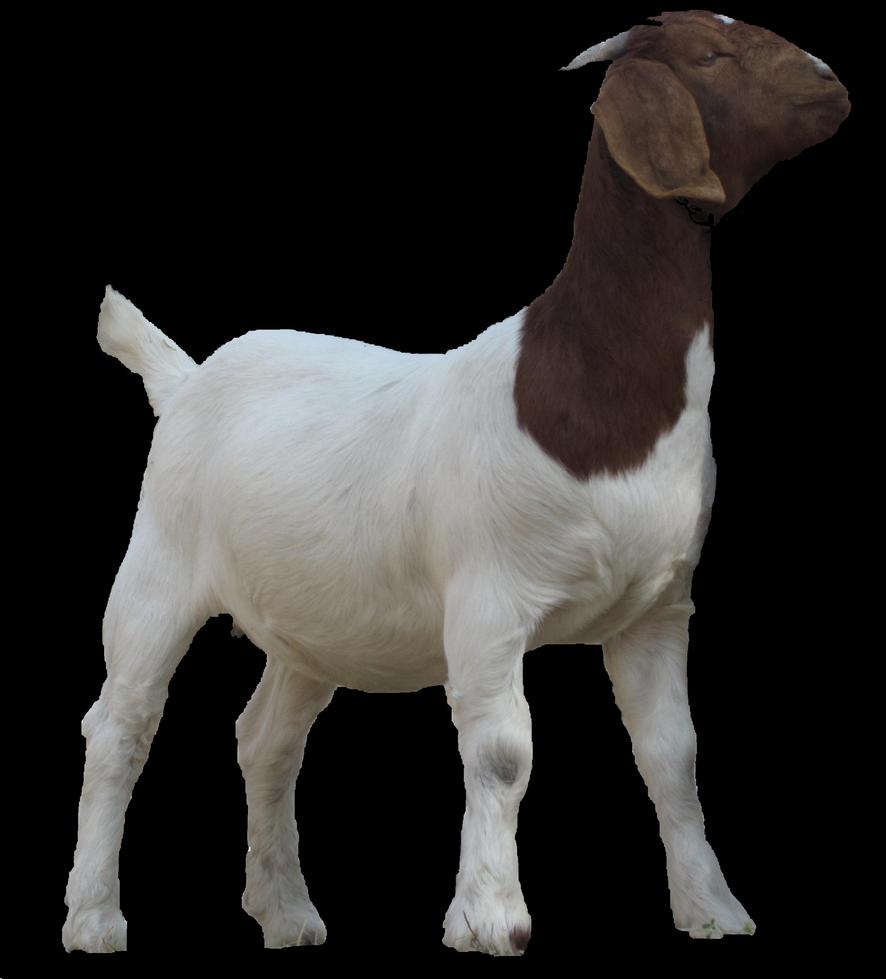 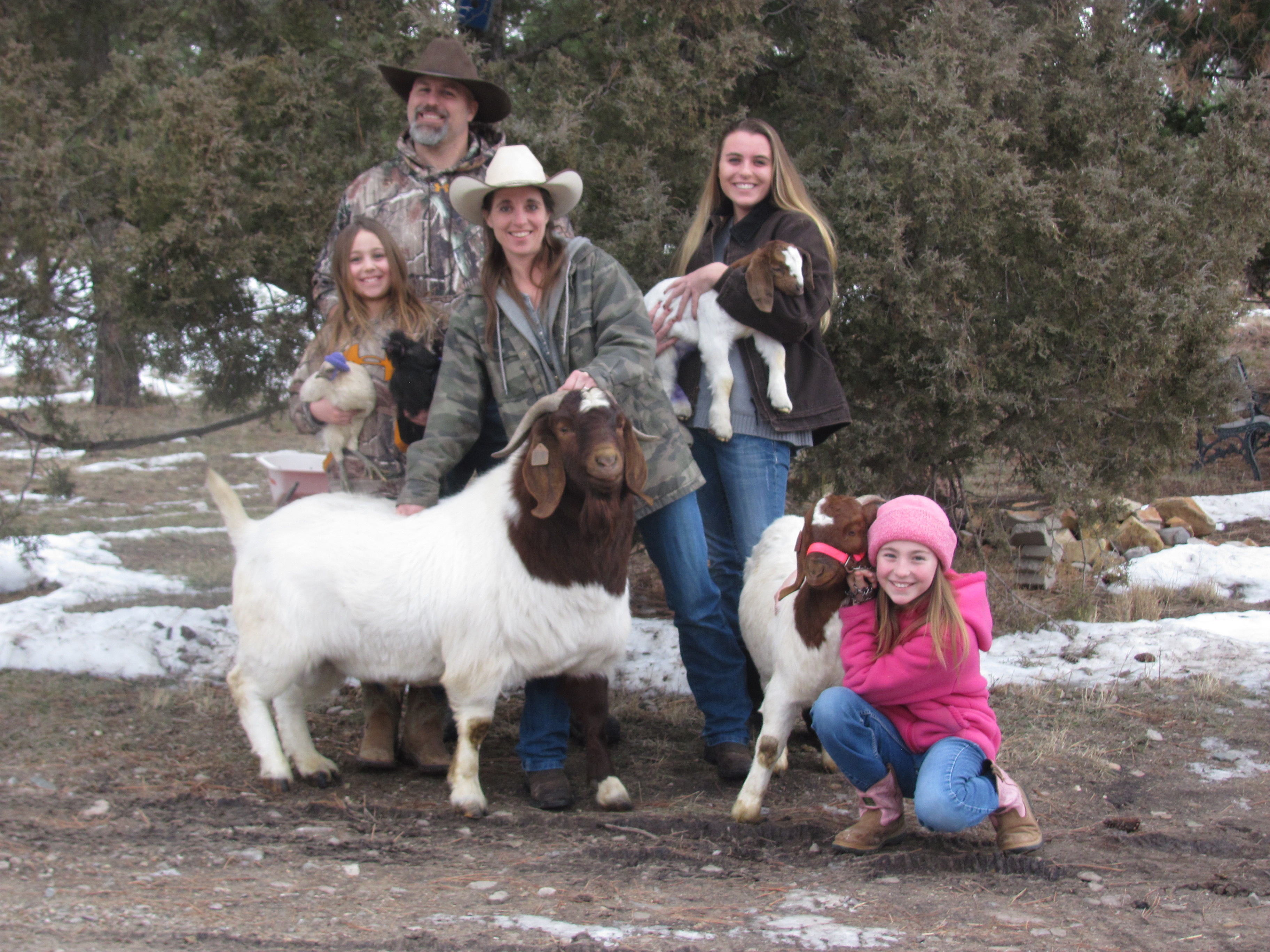 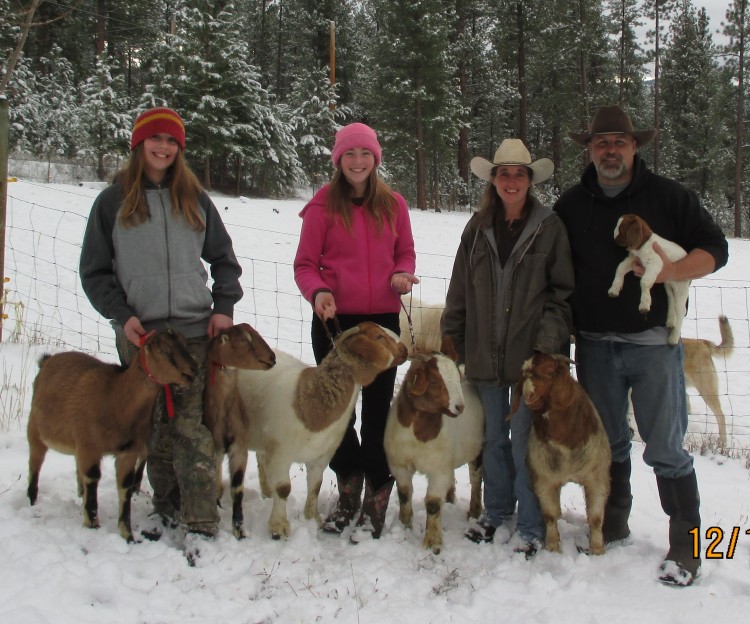 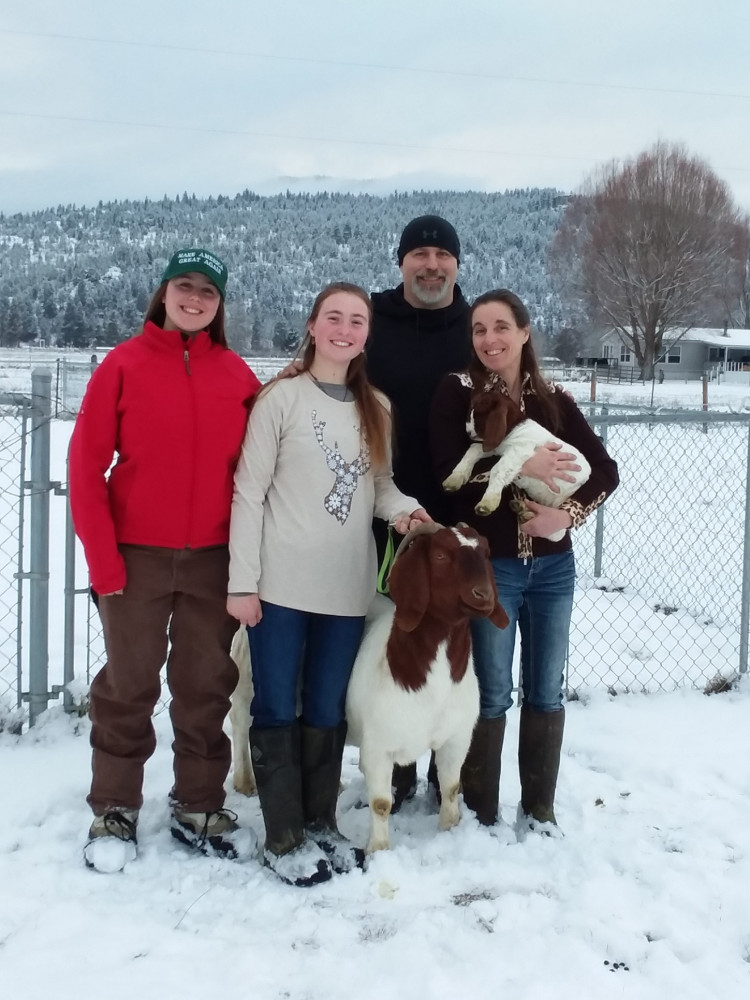 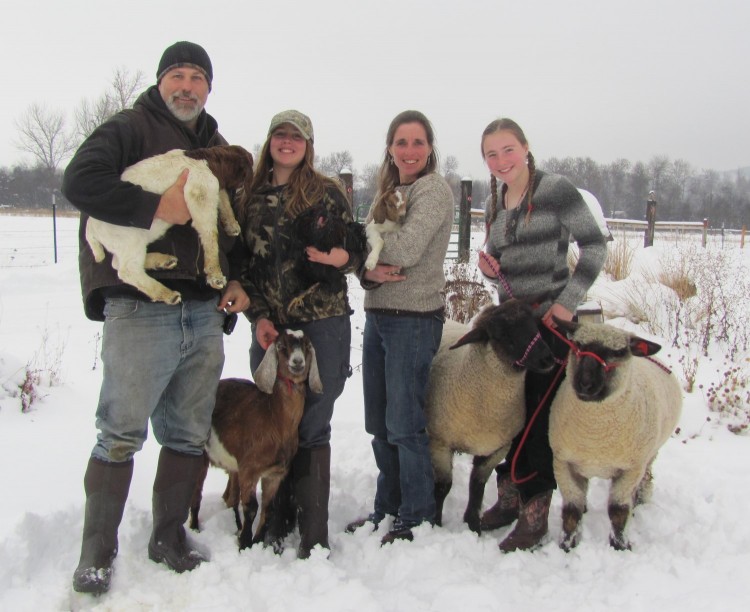 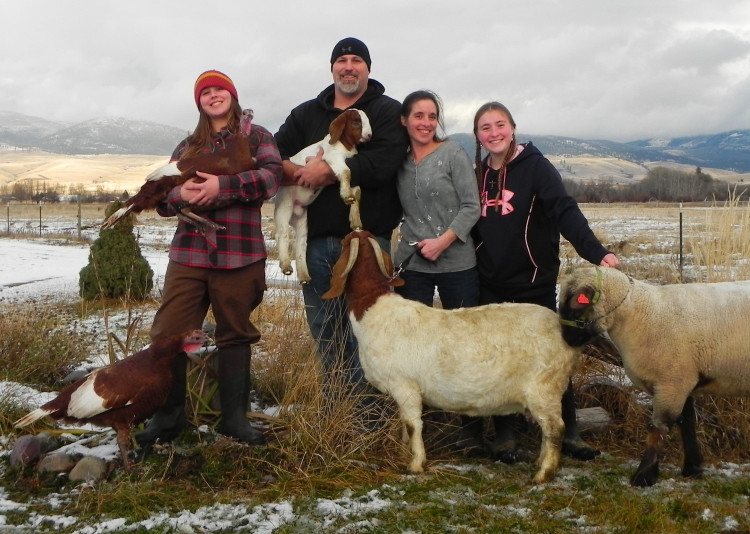